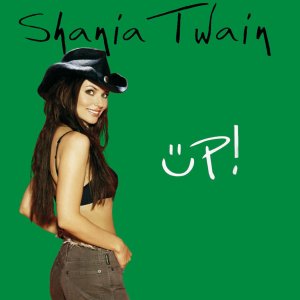 Up until I was 14, I listened to secular pop music. But I spent my teen years under a Venerated Teacher who assured me that ungodly music would give Satan ground in my soul. He even used a diagram that showed my soul as a grid. Every time I listened to a “rock song,” I surrendered a square of that grid to Satan. (Apparently Satan advanced his kingdom by square inches, who knew?)

We all learned to draw this diagram, including little black fortresses on the “ground” we’d surrendered. The only way to reclaim it was to pray, specifically, that God would take back that ground. Oh, and to stop listening to rock music.

So for almost ten years, I carefully avoided anything with a certain beat, a certain sound, or from certain eras. I wasn’t sure how much square footage my soul contained, after all.

I got married at 23, and that was about the time I started realizing that my Venerated Teacher taught more nonsense than wisdom. Within a couple of years, I dared to venture back into the world of ungodly music.

Throwing concern for my soul to the wind, I bought three CDs: Sara Evans’ Born to Fly, Jo Dee Messina’s Greatest Hits, and Shania Twain’s Up.

The interesting thing about these choices is that they all have a major kick of girl power. And of all of them, Shania kicked the hardest.

Recently, I pulled out that music again. It took me back to those early years when I still lived on the fringes of a culture of womanly submission and sexual repression.

I remember now that it gave me a zing to listen to a song that said, “You’re a fine piece of real estate, and I’m gonna get me some land.” And coming from a world where a broken courtship was deeply embarrassing and morally questionable, it was therapeutic to hear a woman say, “It was never gonna work/You were too much of a jerk… I miss you now and then but would I do it all again? Nah.”

I needed that sass and confidence. I needed permission to disagree with accepted opinions… or just say, “Nah.”

All these years later, I’ll still listen to the Messina album. Evans’ “Born to Fly” is still one of my favorite songs. (Obviously I was channeling Bekah Richards years before I put her into words.) As for Up, I wouldn’t say that the music has aged extremely well. In fact, most of the songs are downright cheesy. But they’re also fun, flippant, and assertive. For better or for worse, they played a big part in my recovery.

I still had a long walk ahead of me as I remembered who I was, not who I was supposed to be. But I have to confess… Shania gave me a running start.

Order your copy of The Fellowship!